The MTI² at the British Science Festival 2022 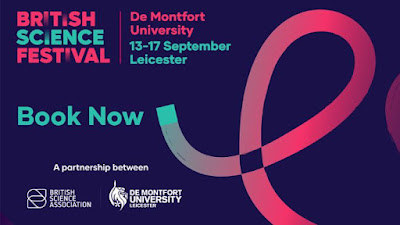 The MTI² had a strong presence at September’s British Science Festival including a talk, a performance and a sound installation.

James Andean presented the talk Stories of Sound to an unexpectedly very large audience. This engaging talk recognised his passionate belief that the role sound has in our perception of the world often goes unrecognised. The talk focused on ‘sonic narratives’ which is also a focus in his compositions, unpicking the unique and incredible capacity that sound has for communicating actions, environments and meanings within our lives – transporting us to new and remembered worlds, as well as building a sense of the world around us.

Anna Xambó Sedó presented When Virtual Meets Reality, a research concert at the Manhattan 34 Cellar Bar on September 16, 2022, consisting of a presentation, performance and Q&A. The presentation introduced the practice of live coding and the music technologies that were going to be used in the performance. The performance was a live coding session using the self-developed tool MIRLCa. The audience was invited to participate in a live chat by suggesting words or 'tags' to be used by the performer to search sounds. The session concluded with a Q&A including the results of an online survey distributed among the audience. The performance can be seen online here. The British Science Festival writes: ‘the same code that creates the web pages and apps we use every day can be used to create music'. She sources her sonic material in real-time from an online collection of Creative Commons crowdsourced sonic samples, Freesound.org. All such concerts are one-of-a-kind performances as decisions are made during the performance and, of course, audience input will always be different.

Bret Battey’s contemplative, audiovisual installation Traces, Molten premiered Sep 13-16 at LCB Depot as part of DMU’s collaboration with the British Science Festival. The ultra-high-definition video was rendered with custom software that uses thousands of individual optimisation search agents to create highly intricate, gradually transforming textures. Battey provided a quote from Walt Whitman’s ‘Leaves of Grass’ as an epigram to the installation: ‘See ever so far, there is limitless space outside that, / Count ever so much, there is limitless time around that.’