21st century musical creativity rides on the convergence of many streams of musical cultures, styles and value systems.  The previous century’s passage through modernist and postmodern imperatives has propelled us into a state of glorious collision, where tradition and innovation coexist in fusion and confusion.  New technologies are a central element in this creative ferment - from elaborate, immersive multichannel and audiovisual environments, expressions of artificial intelligence and transmedia narratives to hardware hacking.

How might we make sense of this multiplicity of creative endeavours? What are the tensions and synergies we feel amongst the creative approaches of practitioners and between the insights of theorists and critics? What, if anything, might we sense is our relationship with the ideals and cultural products of the past?

Convergence 2019 proposes that we consider these issues from the perspectives of complexity and simplicity. Can we conceive ever more elaborate designs and complex ways to divine meaning in music, or should we find in the plethora of possibilities a path that leads to a more immediate clarity, even simplicity? And how, as curators of our artistic fate, might we expect 21st century audiences to respond?

Convergence aims to bring together many of the diverse strands of music made with new technologies and to celebrate these alongside some traditional practices.  In 2019 we will also be working with the Darbar Fringe Festival to bring high quality traditional and experimental Indian music projects to the conference.

Keynote speaker and guest composer for Convergence 2019 will be eminent composer/researcher Curtis Roads. Dr. Roads' presence at Convergence is made possible by the kind support of the US Embassy and the British Association of American Studies.
Posted by MTI-RL on Friday, August 30, 2019

Interview with MTI's John Richards, on the Makery website: 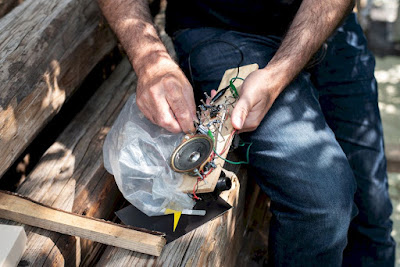 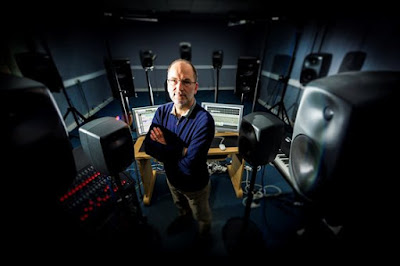 A piece of music composed by a De Montfort University Leicester (DMU) professor has won first prize at a prestigious international competition.

It was awarded first prize in the Klang! International Competition of Electroacoustic Composition 2019, held as part of the annual festival celebrating the sonic arts held in Montpellier, France.

Artists from around the world come together for a series of concerts, installations and conferences exploring the latest developments and thinking in the world of sonic arts. Organisers have more than 60 loudspeakers arranged around the venue to ensure the very best sound quality for performances.

It is the second international first prize for Professor Young in six months, following the success in December of his work Magnetic Resonance at the Prague Musica Nova competition.

Three Spaces in Mid-Air is in three connected movements and explores the compression of musical form.

"The experience of sound is directly physical, even tactile, and electroacoustic music opens up new worlds for the imagination by lifting us out of our daily encounters with sound,” said Professor Young.

“In many ways electroacoustic music naturally lends itself to extended timescales, since it is so often about immersion in the richness and complexity of sound.  In Three Spaces in Mid-Air I wanted to challenge that by conveying reflective and sonically rich atmospheres but within time frames that encourage listeners to engage with the way sounds are shaped in time.

“A good analogy might be in observing the movement of clouds, which can be fast or slow, turbulent or passive. Sounds can be made to act out these qualities of motion and change. The difference is that sound is immaterial, yet it touches us - and that can be a very powerful avenue of expression.”

The KLANG! competition is organised by the Maison des arts sonores, which also promotes concerts and educational initiatives in the sonic arts through partnerships with the Montpellier Conservatoire, the Orchestra of the Opéra National de Montpellier and others.

Two other works from the DMU studios were among the eight finalists for the award, James Andean's Valdrada, recently released on the Montreal empreintes DIGITALes CD label along with Abwesenheit – another work by Professor Young premiered in Austria by the Vienna Acousmonium.

As part of the prize for winning first place, Professor Young will give a solo concert of his work at the 2020 KLANG! Festival in Montpellier.

The festival is in partnership with the Opera Orchestra of Montpellier Occitanie, the SCRIME Studio of Creation and Research in Computer Science and Experimental Music of Bordeaux, BEAST Birmingham Electroacoustic Sound Theater, All For Contemporary Music, Ensemble Flashback, Nau Côclea, the festival Manca Nice, Zepplin Festival Barcelona and the Regional Conservatory Montpellier Méditerranée Métropole.
Posted by MTI-RL on Monday, August 05, 2019