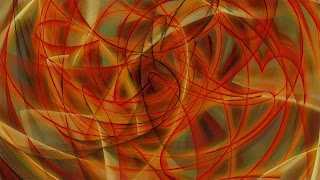 Bret Battey will present a solo concert of his audiovisual compositions at Fylkingen, Stockholm on 4 April 2013 as well as a lecture and master class at the Royal Conservatory of Music.

On 26 April, he is a guest presenter at the Technarte Conference in Bilbao, where he will be discussing the role of generative algorithms based in complex systems in his newest audiovisual work Clonal Colonies.

(Coincidently, the Technarte web site uses an image of Leicester's Curve Theatre and its illuminated bollards as a headline graphic.)
Posted by MTI-RL on Thursday, March 28, 2013

In March and April, all three of Professor Leigh Landy’s radio compositions are receiving international performances. To BBC or Not was presented on the 14th of March in the Reina Sofia Concert Hall in Madrid as part of the international conference/festival, Sound Spaces and Visual Spaces (where he also gave two talks). On the 21st of March Oh là la radio will be performed in Bordeaux at l’Agora du Haut Carré as part of the national TPMC (Tout pour la musique contemporaine – Everything for Contemporary Music) series. On the 26th of April, Radio-aktiv will be performed in the closing concert of the MTI’s EU Culture project Composing with Sounds concert at the ZKM’s Kubus concert hall (Centre for Art and Media Technology) in Karlsruhe, Germany. Landy will be creating the fourth work in the series in Mandarin with students from the Shenyang Conservatory of Music in the autumn.
Posted by Bret Battey on Thursday, March 28, 2013

In addition, Neal's previous collaboration with Danai, sib Conduit, will be presented a month later at Musichoreography: Duets for Dancers and Instrumentalists At Kings Place in London.