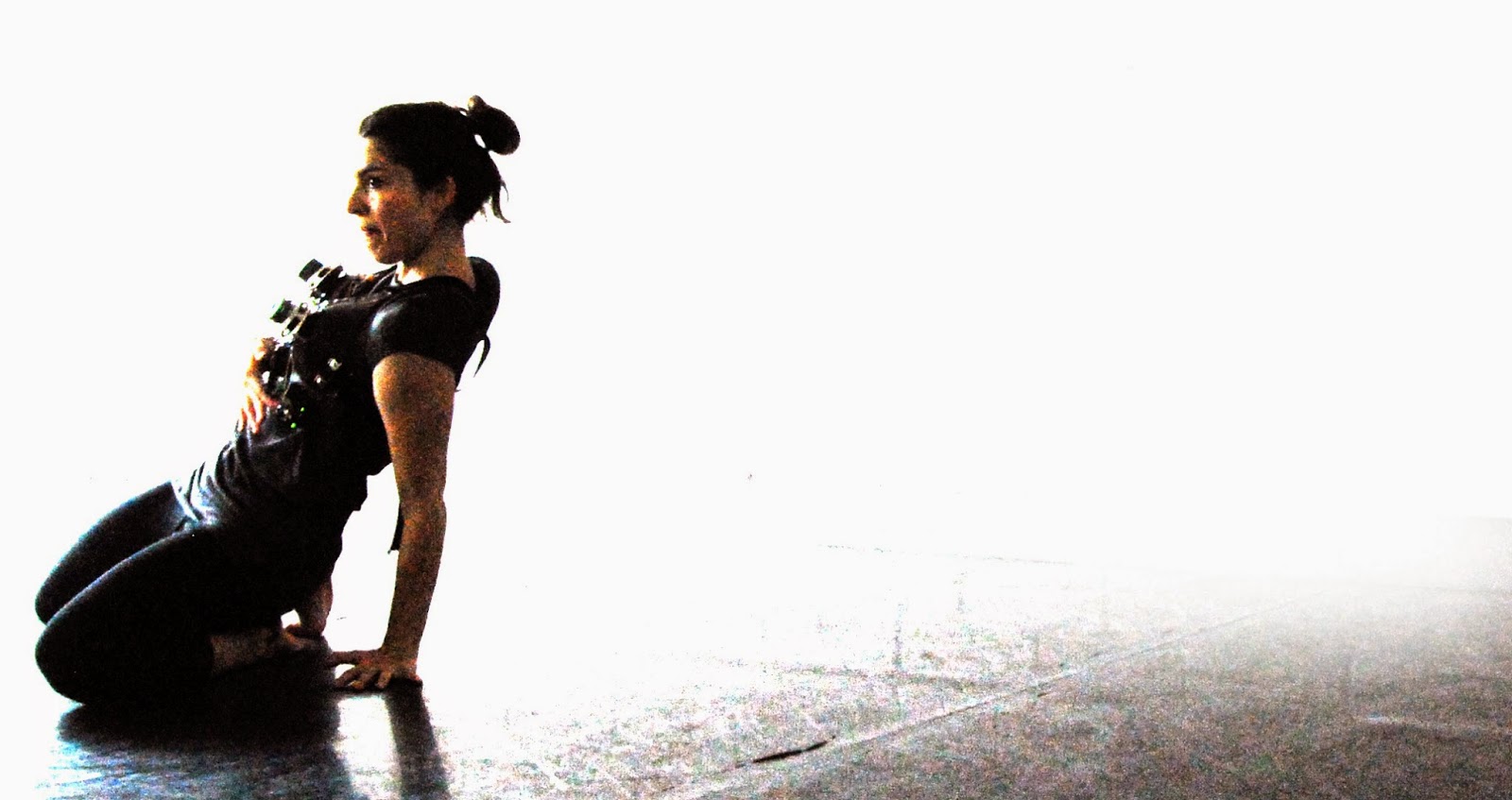 NEAL SPOWAGE & DANAI PAPPA
Neal Spowage is an artist and musician who builds instruments, which he refers to as junk sculptures, that are designed to force gesture from the performer through perceived and actual affordances of sound and physical presence. Danai Pappa is a dancer whose studies in humanities intend to evoke emotional and psychological states of mind through images, spatial relationships and movement. As a choreographer her goal is to find inventive ways to demonstrate shifting modes of representation and performer/spectator relationships.
Frozen Venus (2013, 14 Minutes)
By Neal Spowage and Danai Pappa
Performance for six shitsticks - dance and live electronic noise sculptures
Each instrument is a domestic plunger with a built in speaker and simple hardware hacked touch synthesiser. It is called a shitstick.
New Track of Unknown Terra (2014, 7 minutes – Film/fixed media)
Created by Neal Spowage
Performance of the beast, a noise sculpture.
The beast is an instrument that amplifies the sound of itself being dragged across the ground. The beast was severely damaged during the making of the film.
Cold Papaya (2013, 7 minutes – live dance and live electronic noise sculptures)
By Neal Spowage and Danai Pappa
Performance for Speaker Bra with Wireless Shovel Controller
The sculpture is a response to Nam June Paik’s Television Bra, fused with a constructivist element that is a shovel. The bra is a construction; the shovel is a construction tool.
All welcome! Entry Free! [SE 30/04]