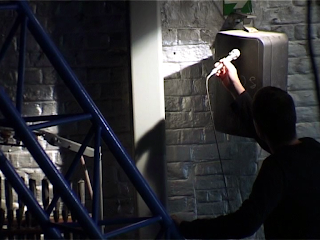 Oded Ben-Tal (Kingston University) visits MTI and the Institute of Creative Technologies on Wednesday, 8 February to discuss "From algorithmic composition to live electronics, or an emerging digital improviser". Ben-Tal will describe his mixed (acoustic + electronic) compositions. He will start from pieces with fixed tape parts generated algorithmically, but will focus primarily on the implementation of simple machine listening strategies for live, interactive work. At issue will be the question at which point (if at all) does this become an improvising system. 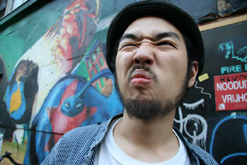 Trevor Wishart – Encounters in the Republic of Heaven 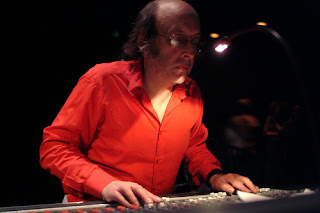 Trevor Wishart will present Encounters in the Republic of Heaven ... all the colours of speech ... in concert at MTI on Wednesday, January 18, 2012 — as part of MTI's New Media Events series.

Encounters is an 8-channel sound-surround piece based on speaking voices recorded in the North East of England where Trevor Wishart was A.C.E. Composer-in-Residence 2006-2009, based at the University of Durham. The piece is constructed in 4 Acts of approximately 20 minutes each, combining portraits of individual speakers (accompanied by sounds and imaginary instruments derived from the voices themselves) with computer animation of the entire community of voices - speech that waltzes, speech that locks in harmony, clouds of speech that circle the audience, culminating with speech that transforms into song. The piece was finally completed on January 1st 2011.

The concert will be in the PACE Building, Studio 1, Richmond St., Leicester. Admission is free.
Posted by MTI-RL on Thursday, January 12, 2012

Beams and Sonorities: The Electronic Dumbell

Doctoral student Neal Spowage appears in the news section of the winter 2011 edition of Computer Music Journal, performing with his Electronic Dumbell at the BEAM 2011 festival.

His piece sib Conduit, which he composed for his Electronic Dumbell in collaboration with choreographer Danai Pappa, has been accepted to the Sonorities 2012 Festival at Queens University, Belfast.
Posted by MTI-RL on Thursday, January 12, 2012

John Richards Featured in "The Wire" and "Future Music" 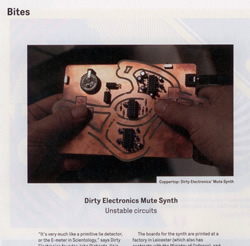 John Richards' Dirty Electronics featured in the #335 January 2012 edition of Wire magazine. In addition to an interview in the print edition and inclusion in  Office Ambience #335, there is also a Dirty Electronics Web Exclusive for the Wire that includes a piece for the Mute Synth and video of a Dirty Electronics performance at the Institute of Contemporary Arts (ICA), London.

John Richards also featured in a two page interview in the January 2012 edition of Future Music magazine.
Posted by MTI-RL on Friday, January 06, 2012