Creative Sources is known for its many excellent releases of improvisation and experimental electronic music. 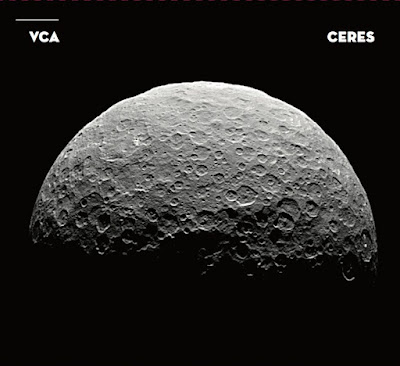 Call for Papers for EMS'18

In the early years of musique concrète Schaeffer proposed that this new approach was a form of experimental music. Of course, during this period and later, others were to use this term as well, meaning something slightly different. Still, the rationale that organising sounds was an innovative form of music making was clearly a logical and just thing to say.
How true is this today? Has experimentation and innovation been overtaken by skill and technique?
Today, the term electroacoustic music now encompasses a wide variety of practices and even genres. Seventy years after the birth of concrete music, it has now become very difficult to circumscribe what electroacoustic music is or can be, because it is so diversified and has so many different styles. Clearly electroacoustic music has come a long way over the last 70 years and many will clearly state that (aspects of) their work are indeed experimental.
On the other hand, there are many who have claimed, for example, that a good deal of acousmatic music has common tendencies and some even go so far to suggest that much of it sounds similar. In the field of musicology, new impulses to research are provided by various forms of technical experimentation. New musical interfaces, bio sensors, the return of hybrid synthesis and DIY devices exemplify challenges for performance studies or creative process analysis.
Has experimentalism taken a back seat to technique and, if so, is that a bad thing? Or is technique now sufficiently mature to stimulate new forms of musical experimentation?
What new forms of experimental have arisen? To what extent do new technologies and techniques allow for experimentalism in electroacoustic music? This is why the theme of EMS2018 is:

Electroacoustic Music: is it still a form of experimental music?

EMS18 proposes its community to investigate the experimental of its broad horizon of musical creativity, its dynamic or lack thereof.
Posted by MTI-RL on Monday, October 09, 2017

Czech experimental radio art programme r{a}dio{custica} recently had a three-part celebration of its fifteen years of broadcasting, consisting of a live three-hour broadcast on Czech Radio celebrating 150 commissions that culminated in a live interview with MTIRC head Leigh Landy, followed by his  commissioned work.

A DVD celebrating these works was launched, including Landy's piece 'Mezihlas -- Přeshlas — Nahlas' (or  'Radio -- Voice — Overs’), the 150th celebration commission, as well as a segment of his interview for that commission broadcast introducing the DVD.

The 8-channel version of this work was then presented as an installation after a launch at Holešovická šachta in Prague. 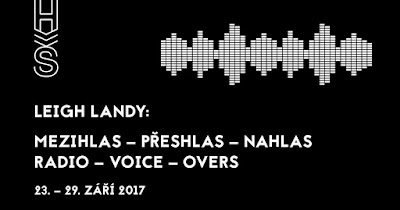 "Radio – Voice – Overs combines the composer’s approach to sampling a nation’s diverse radio broadcasts with the specific rich and unique cultural offering of Czech Radio, leading to a musical work that is a mix of collage, rhythm, counterpoint, humour, earnest thought and a hint of Švankmajer-inspired surrealism. In short, this work presents Czech daily life re-composed. The piece works both at the level of heightened listening – understanding every word spoken if that is what you
want to pay attention to – and reduced listening – catching the occasional phrase, but listening to the work as organised sound. The piece seeks to take the known, tilt it ever so slightly and re-present it as
a sound-based artwork.

It is the fifth sample-based work in Landy’s radio series and follows the GRM-commissioned ‘Oo là
la radio’ (F), ‘To BBC or Not’ (UK), ZKM- commissioned ‘Radio-aktiv’ (D) and ‘China Radio Sound’ (CN, made in collaboration with conservatoire students in Shenyang) and will be followed by a pan-Irish ‘On the Eire’ later this year. 'Radio – Voice – Overs’ is the first work in the series that is made specifically for radio broadcast – an 8-channel surround sound concert version also exists – and it is also the first in the series that is, in fact, legal as Czech Radio holds the copyright on its broadcast materials whereas the other works controversially challenge copyright legislation. Some elements of the piece can be found on any nation’s broadcasts while others might be considered to be typically Czech. The series attempts to celebrate cultural diversity and our shared experiences as well as allowing individuals to make connections through samples that are meaningful to them as well as musical connections."
Posted by MTI-RL on Monday, October 09, 2017

Head of the MTIRC Leigh Landy recently gave a keynote at the two-day ‘Narratives and Alternative Stories’ interdisciplinary conference, hosted by the Performing Arts Department at the University of Chester. Titled 'What Narrative?', Landy's talk addressed the challenge of this theme in the areas of (contemporary) music and dance, closing the conference with a great deal of animated discussion.