"Simon Emmerson, pioneering electronic music and founder of City's sound studios, returns to City with a programme including two of his recent works for instruments and electronics, in celebration of his 70th year. The programme will also include music by Roger Smalley, whose early works were a key influence on Emmerson's own music." 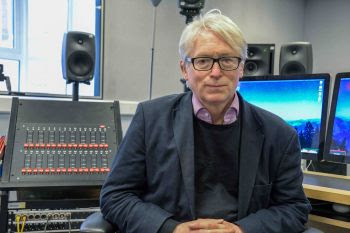 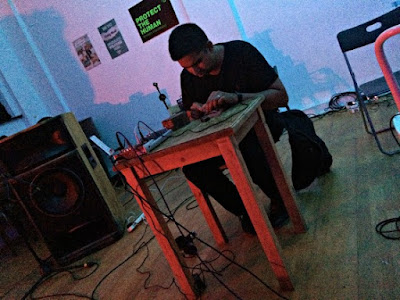 Seventeen years ago Amit Patel took his first steps towards studying music at De Montfort University Leicester (DMU) - today he is graduating with a PhD.

“At first, I was worried I would be too old when I finished my PhD, but I’m so glad I took the plunge and did it,” said the 35-year-old from Leicester.

“I’ve met so many great people during my time at DMU and have felt part of a family, which has supported me through big life changes like getting married and buying a house. Graduating one last time will be bittersweet.”

Back in 2003, Amit was a passionate DJ working in a record shop who wanted to underpin his music industry experience with academic qualifications.

He was advised by DMU’s Dr Simon Atkinson to develop his skills first by embarking on an HND in Music, Technology and Innovation, now offered as a two-year Music Technology Foundation through Leicester College.

He said: “I couldn’t, and still can’t, read or write traditional music. I was anxious that this would hold me back, but I felt really welcome on the degree programme.

“The degree pushes you to think beyond your potential, being innovative and experimental, and by using technology and sounds to make music. I really enjoyed it and I feel like it expanded my mind both culturally and musically.”

Amit also had the chance to broaden his horizons through DMU Global, the university’s international experience programme. This included taking up a week-long residency at Stockholm’s Royal College of Music (KMH), the oldest and most prestigious institution of its kind in Sweden.

Getting to work with and perform for Chinese musician and poet Yan Jun, known for his improvised and experimental music, field recording and writing, was another DMU highlight for Amit.

With a growing interest in the problem-solving and research aspect of his degree, Amit then enrolled on DMU’s Music, Technology and Innovation MA. His research and practice involved using the turntable as an instrument with which to create music.

After graduating with an MA in 2008, he took a break from education. However, as a significant contributor to the Dirty Electronics Ensemble - directed by his mentor and research supervisor at DMU Dr John Richards - Amit maintained close ties with the university.

In 2013, he returned to take on a PhD, exploring the development of a holistic practice from what have been previously been seen as three separate activities: DIY electronic instrument making, sound studio practice and live electronics.

He said: “Traditionally, these activities take place in very specific spaces. But I explored free movement between them, subverting them to show that instruments can be built in the studio and recordings can be made on the workbench.”

Amit chose to study at DMU after visiting campus on an Open Day. As well as being local, he was impressed with the facilities and thought the course offered a more ‘open, different and unique’ perspective than others around the country.

What is it that kept him coming back over the years? “I’ve always been so inspired by the lecturers. They practice what they preach as they are all active musicians as well as educators,” he said.

“Also, the Music, Technology and Innovation – Institute for Sonic Creativity at DMU has an excellent research profile. Doing a PhD has helped me to grow in a formal way, pulling all my creative ideas together.”
Posted by MTI-RL on Monday, January 27, 2020

Richards gave a presentation on the telematic events co-initiated by DMU and the Onassis Cultural Centre (OCC), Athens, and his work developing a low-cost, stand-alone solution to network performance using readily available technology. He also conducted a workshop with a mixture of students and artists in which they built their own network instrument.

Landy was an invited panel member alongside Elisabeth Zimmermann (Kunstradio, Ö1/ORF, Vienna), Luka Frelih (Ljudmila, Slovenia) and Yannick Hofmann (ZKM) as part of a discussion on the field of telematic performance and its development.

MTI's John Richards has been awarded a Daiwa Anglo-Japanese Foundation grant of £8000 to support research between DMU, Newcastle University and Tama Art University, Tokyo exploring the theme of Raw Data, Rough Mix within the context of sound, interactive and performance-installation art. The research will involve making in public, performance and a dual language publication. The researchers will also perform as a curated event in Tokyo, Osaka, London, Leicester and Newcastle. 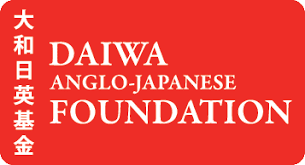 Dave Holland's electroacoustic work 'First Rituals' is among the winners of RMN Classical's 2020 Call for Works:

"RMN Classical is honoured to announce the Winners and Selected Composers of the Call for Electroacoustic Works 2020, a project launched to discover composers that use technology to generate, transform, manipulate and create new sounds and compositions.

The number of the compositions received for this Call was very high, and the works, submitted from all over the world, of very high quality and level. We were pleased to discover so many new interesting ideas and sound investigations.

After a challenging selection process, the following works have been selected to be included in a new album that will be produced by RMN Classical:

Once more, our biggest Congratulations to all the winners for their success and we also want to deeply and truly thank all the skilled and brilliant composers who took part in this project for their incredible works." 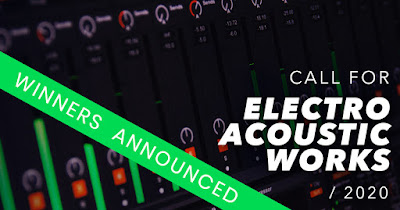