John Young's 'Once He Was a Gunner': Radio premiere October 3rd

MTI²'s Prof. John Young's new work Once He Was a Gunner (2020)—a 56-minute radiogenic composition—will have its premiere broadcast on Radio New Zealand's Concert's Sound Lounge programme on Saturday 3 October, at 21:30 (9:30am UK time on the same day). The live stream will be available at https://www.rnz.co.nz/concert.

Once He Was a Gunner is based on the Second World War memories of the composer’s father, Alex Young. Born in the North East of England in 1920, Alex had emigrated to New Zealand as a child.  In 1941 he was conscripted as a gunner in the 5th Field Regiment of the New Zealand Division and served continuously until 1945.  He was at key moments of the New Zealanders’ North African and Italian campaigns such as El Alamein, Minquar Quaim, Monte Cassino, Orsogna and the Senio River.  During the Italian campaign the severe and wet winters of 1943 and 1944 meant that many units of both allied and German forces stayed in civilian homes. It was at one such location in Central Italy that Alex met his future wife, and the work is based on an interview that John carried out with Alex after revisiting that place in 2005.  A series of vividly described recollections is connected by sound transformations aiming to evoke the unspoken emotions that lie behind strong memories.  The events represented are not in strict chronological sequence and John writes:

“I wanted to present them in the manner of memories revealed, perhaps through association or as a response to some unknown conversational seed.  This is precisely how I grew up, with a patchwork of knowledge about my father’s wartime experiences—sometimes shocking, sometimes humorous—and, as was the case for many returning soldiers, he talked more about the war as he grew older.  Hearing these stories now I am reminded of the extent to which the war, or more precisely memory of the war, was a current that ran like a river through our family life.  For our father and mother, for me and my sisters it was always there to remind us of why we were together.”

Once He Was a Gunner is a journey through one man’s experience of the war in Italy—living with civilians, moments of lucky escape, the fear, the camaraderie, the panacea of alcohol, and the sense of loss on returning home. 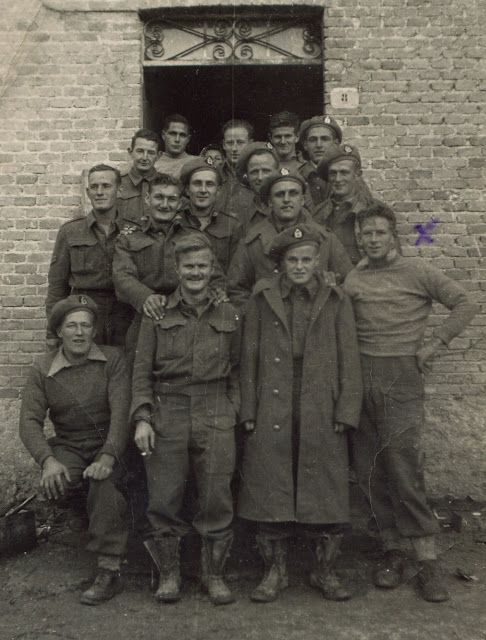