'Three Spaces in Mid-Air', a 2017 acousmatic composition by MTI's Professor of Composition John Young, has won the 2019 KLANG! competition for electroacoustic composition:

In addition, James Andean's 'Valdrada' and John Young's 'Abwesenheit' were both included among the competition finalists.

On 'Three Spaces in Mid-Air':

"Form, writes Nicholas Bourriaud, is ‘structural unity imitating a world.’ I have responded to this idea with Three Spaces in Mid-Air, which is designed as a continuous work in three discrete sections. Each explores the idea of spectral space through interaction and coalescence of sonic strata, as three-dimensional objects ‘suspended’ before the listener. The work’s individual sections also address the compression of form, each aiming to embody the atmosphere of a self-contained ‘world’ — evoking implications of direction, tension and release while balancing states of stasis and motion." 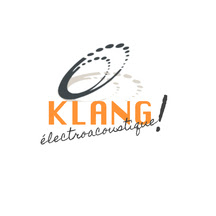